You can see my work "acrobat" from Ya Kala Ben 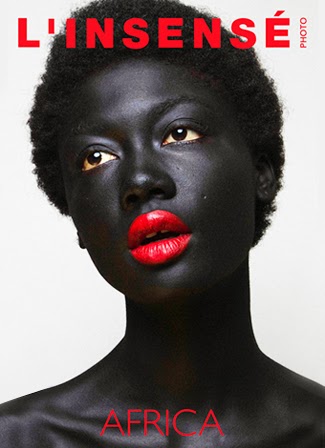 At annual festival, photographers from the continent challenge 'Afro-pessimist' narrative


The results of such explorations can be problematic. When the Swiss-Guinean photographer Namsa Leuba traveled to her mother’s native Guinea for the first time, hoping to probe the mystical aspects of her African roots, she took sacred statues and fetishes and attempted to “separate [them] from their religious context in order to immortalize them in a Western framework.” Many villagers, however, considered her images sacrilegious and reacted to them with hostility. The experience helped frame the photographer’s later works.
“I constantly question myself,” says Leuba. “Through a lens, I test my self-analysis and I put myself up for discussion. In some ways, my photographs are judgments, or accusations.”

While Leuba’s series for LagosPhoto, “Cocktail,” explores contemporary representations of the African woman’s body, the lavish photos — originally commissioned by the Paris-based fashion and culture magazine WAD — burst with a colorful boldness and insouciance that seem to speak to an Africa that is increasingly young and urban. Indeed, many of the participants in this year’s festival are conversant in the visual tropes of hip-hop and fashion, something that artists like Chiurai suggest will be a powerful force for Africans photographers shaping a new narrative for their continent.
“There’s a different language that my generation uses,” he says. “The population is younger now. We have a greater voice in all of this.”